It had suffered what appeared to be a fairly serious battery leak, but fortunately it was mostly the dry white powdery residue, rather than 'acid'. After cleaning up the mess yesterday afternoon and fitting a new battery, surprisingly everything worked, including the alarm - and seeing as it was still running this morning, keeping perfect time, I thought I'd wear it for at least 5 minutes.

In case it looks vaguely familiar, this is the 7T32 (HFA) equivalent of the 7A38 Racer Orient J39027-70, which I'm pretty sure I've posted on SCWF before. If not, here's a couple of library shots:

Joined Apr 1, 2010
·
962 Posts
Another Bank Holiday !!!
I remember the happy days , long gone, when a bank holiday was double time and a day off in lieu.
I'm barely aware that it's Monday today let alone a Holiday.
It is a day off though so all's not lost.
Citizen NY004 for me so far.

Sent from my LG-US998 using Tapatalk

Joined Aug 9, 2013
·
885 Posts
Here's another of those 'el cheapo' 7T32 BreitBling clones, which I finished fettling this lunchtime. This one - in a slightly incongruous two-tone finish, but almost NOS condition is a Racer model HFA018-70. Again it came from the Spanish classified site Todocoleccion and was slightly more expensive @ a whopping 14 Euros !!

This watch's movement had also suffered a battery leak, but a very subtle 'wet' one. It was barely discernible upon initial inspection. The top of the back-plate and the battery well were squeaky clean, like new. But stripping it down revealed evidence of a localized battery fluid leak and track damage (top left of the IC), which was enough to kill the PCB stone dead. I could have tried cleaning it up I suppose, but instead just fitted a NOS replacement.


This is an Enicar sub brand.

Archeo-peteriX said:
I haven't worn this in ages...


This is an Enicar sub brand.
Click to expand...

Joined Oct 4, 2014
·
4,765 Posts
Beautiful hot Memorial Day and our dumbf*ck Governor (Adolf Beshear) has not allowed any pools to open, even our neighborhood pool, and so far no word as to if they will even open in June.


Just got the movement back in the case after service and regulating yesterday. 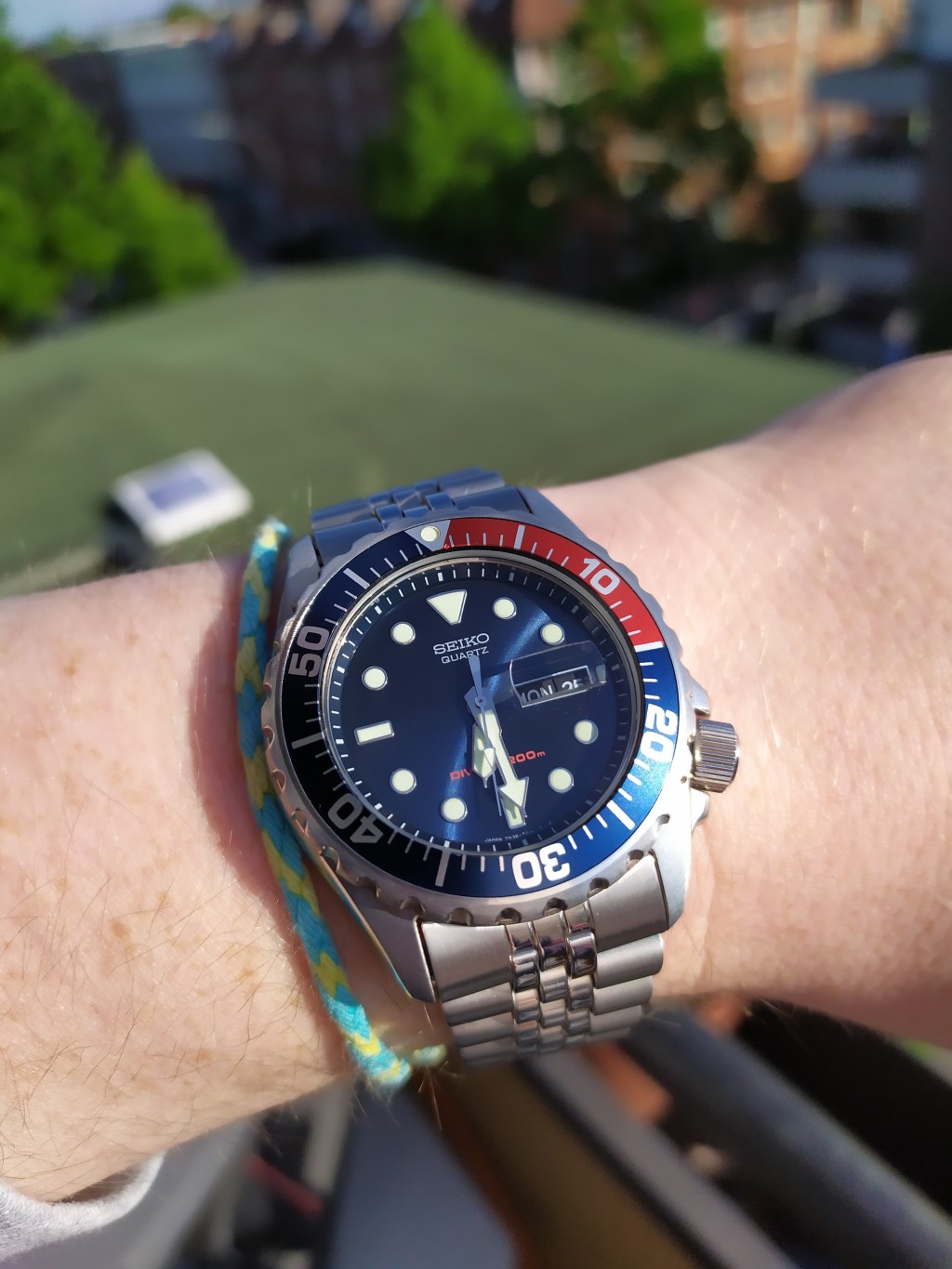