Joined Nov 30, 2011
·
404 Posts
Greetings SCWF,
Reading about all the Seiko diver restoration threads here made me want to complete one of my own. So on my usual online trawls, I came across this:


After the initial "What in the world...?" remarks, I figured it had to be a shrouded diver with the wrong caseback. A little more detective work and I found it to be a 5M23-6A10; also called a Kinetic 'baby' Tuna. I was sold! There were more questions than answers though; what about the caseback and crown? Will parts be available? What are the chances of another turning up from some far corner of the world? I ended up buying it amidst all this though, because it's what we restorers do, isn't it?


After three weeks, the watch was delivered to Sri Lanka amidst the Cricket world cup. Initial pictures-

While it was on its way to me, I made inquiries about the missing parts. The outlook was dim; parts were extremely scarce and most recommended sellers and collectors said they didn't have the crown and caseback. Thankfully a seller in the US had a crown in stock and that was bought. Further inquiries here on SCWF revealed that since the Kinetic Tuna uses the same caseback gasket as the venerable SKX and its predecessors, an aftermarket sterile one would work. I have my eyes on a CrystalTimes sterile back that I'll get later.
Once everything was here, I did what I do best; I tore it down!

DNA and Lord-knows-what. At least no one else had attempted to tear it down!

The crystal has surface scratches and a hazy look to it. Jborel has a generic replacement but how effective is polishing hardlex?


The dial and chapter ring are unmarked but dirty. I'll tackle these later.

Hands aren't damaged but the lume has deteriorated. What should I do?


Teardown of the partial movement. It looks like it was water damaged but the dial side is unaffected.

Nice day/date wheels. Together with the grey spacer, I can convert any 5M23 movement to a crown-at-3 model.
J

Joined Nov 30, 2011
·
404 Posts
After a vigourous cleaning with water and toothpaste, I was left with this-


A nice, smooth case and back with no corrosion and pitting. This will turn out well!


The lone surviving shroud screw and the button for the Kinetic thing-y.

This is where I'm at. I'm constantly on the lookout for a 5M23 donor but there are more 5M43s and 63s than 23s! Should I go with an upgrade or stay true to the original and wait for a 5M23? I will also have to find a 3D printer to have a shroud made as the original is unobtainium. The screws appear to be the same as those on the H558 so I will buy two more and have them plated locally.
Thanks for reading!

Joined Jun 1, 2012
·
2,793 Posts
Great score as you know I’ve had one of these- I did the same with the screws and I’m sure your correct Arnies are the same
I will reach out to the guy who did my shroud in case he has some info still
My post here may help
https://www.thewatchsite.com/34-watchmaking-tinkering/212442-h558-shroud-screw-spec.html 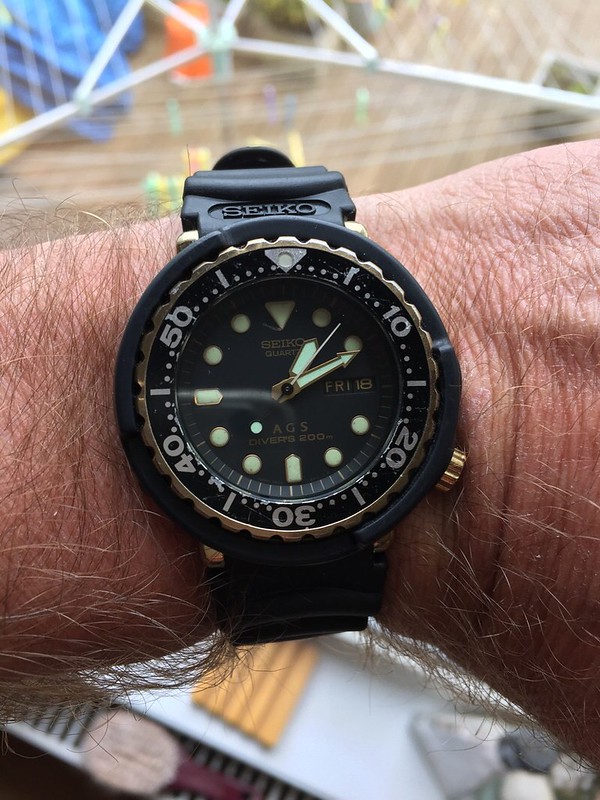 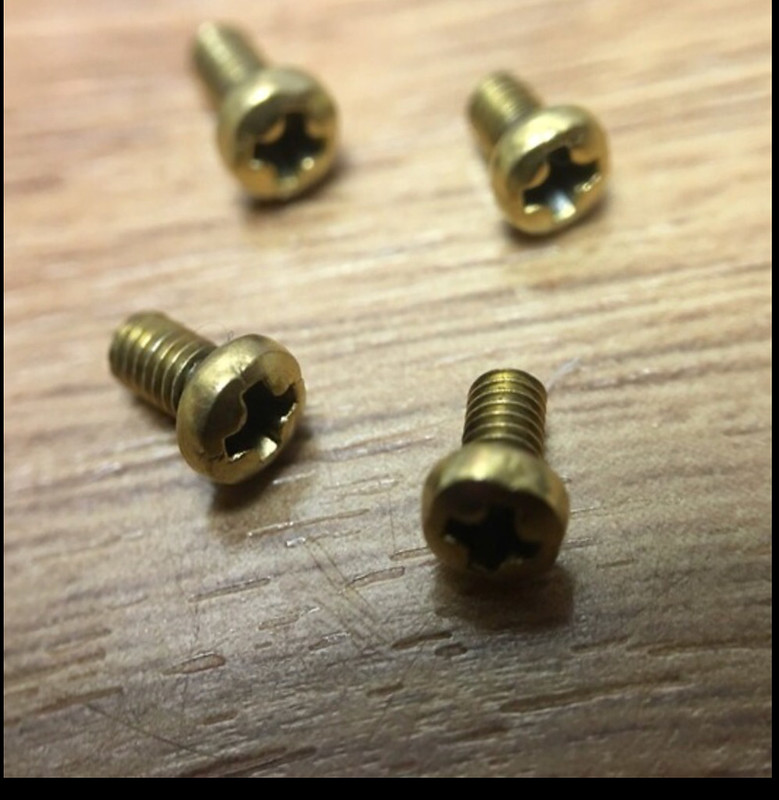 Joined Feb 25, 2019
·
1,229 Posts
Cool looking project. I have had some success polishing original hardex crystals using diamond lapping paste. Donj53 turned me on to this. You can buy kits with various gitis. I have used a dremel with one of those hard felt impregnated polishing tips to polish my crystals with some success. Put a bit of the paste on the crystal and polish away. I believe I started with 0.5 and the use two finer grades for final polishing. It will take a lot of time and patience. Depending on the scratches figure something on the order of 3 total hours of polishing. Take it in 30 min chunks and it is more managable.
J

Joined Sep 26, 2011
·
82 Posts
Best of luck with your resto. I hope you are able to find or make all the parts to complete this job!!! They are not easy to find, but they do surface from time to time. I found mine in Jan. this year after a long search.

Joined Mar 5, 2013
·
2,059 Posts
I would look at a 5M43 to replace your existing movement, i might be wrong but i dont think there is that much difference between the 2 movements and if your realy lucky the backing plate with the caliber number on will swop over.
Because the 5M23 has crown at 4 and pusher at 3, and the 5m43 has crown at 3 and pusher at 2, you will need to use your original day date wheels (which i would imagine you would want to do anyway). My 5m43 has the lithiun ion upgrade, and when fully charged, will keep ticking for a good couple of months off the wrist.

Joined Nov 30, 2011
·
404 Posts
Apologies for not updating on this project; I had some other projects to play with I sourced almost all the gaskets for this case and started on the crystal polishing too. I'm using just cerium oxide for the crystal and sadly it's not very effective so I will have to look into a different approach to polishing it. The donor 5M23 has dust and a bit of corrosion so I'll be rebuilding it once I get the necessary oils.
Here's where she stands now-

While searching for replacement casebacks for SKXs, I found a matte gold caseback. I think it might go very well with the gold case! Your thoughts?
What should I do with these hands-

Joined Feb 25, 2019
·
1,229 Posts
Thanks for the project update. I love the matte gold case back. If it were mine, I would leave the hands original and to relume them. Keep us posted.
1 - 12 of 12 Posts
Join the discussion
Continue with Facebook
Continue with Google
or sign up with email
Recommended Reading
Read More
Read More
About this Discussion
11 Replies
7 Participants
Last post:
Vette Enthusiast 5 mo ago
The Watch Site
A forum community dedicated to Watch owners and enthusiasts. Come join the discussion about brands, troubleshooting, repairs, reviews, accessories, classifieds, and more!
Full Forum Listing
Explore Our Forums
THE JAPANESE WATCH DISCUSSION FORUM SEIKO & CITIZEN TRADING POST OFF-TOPIC WATCHMAKING & TINKERING NON-JAPANESE WATCH DISCUSSION
Popular Communities