Joined Oct 21, 2016
·
103 Posts
Simply I don't like it. The problem is not the brand nor the technology (I assume it's technologically one of the most advanced watches) but just that I dont like it at all. It's an aestethic reason

Joined Dec 24, 2010
·
299 Posts
These will appeal to:
1. the kind of watch buyer who doesn't think a $6,000 Rolex is really that special because he can easily afford 10 of them without getting raged at by his accountant/wife/consciousness.
2. the Japanese themselves.
3. die-hard collectors who would rather have 1 watch than 600, or nearly 2 years' worth, of decent dinners (there is a lot more of this type out there than you'd think).
4. speculators.
Unsurprisingly, Casio only made 300 of these. Still I do like the watch and will probably lust for one if they instead made 30,000 and sold them for $1,000 each. The Japanese big four have been steadily making maneuvers to get more upmarket (in other words, marking up their prices) so I'm not surprised that even Casio, traditionally known for being the cheap and cheerful out of the four, follows suit.
► Show Full Signature
Big fan of COSC - Casio, Orient, Seiko and Citizen
S

► Show Full Signature
A man with one watch knows the time - A man with 2 watches is never certain.
B

Joined Apr 9, 2010
·
3,731 Posts
I've yet to spend that much on any watch in my collection and its safe to say that if I ever do spend that much it won't be on a Casio.
► Show Full Signature 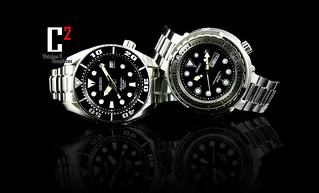 Joined Oct 10, 2010
·
61 Posts
I like it think it looks good but would never pay the 6 K for one, but its a bit of prejudiced if it had a different brand it would be a different story. I know that dose not quite work because you can tell its a g shok and the an not to many 6 k quartz watches around.
B

Joined 3 mo ago
·
5 Posts
I purchased a G-Shock about 2 years ago and one day it just stopped working, so I wouldn't even pay $50 for a Casio. Lesson learned.
21 - 34 of 34 Posts
Join the discussion
Continue with Facebook
Continue with Google
or sign up with email
Recommended Reading
Read More
Read More
About this Discussion
33 Replies
33 Participants
Last post:
B58 3 mo ago
The Watch Site
A forum community dedicated to Watch owners and enthusiasts. Come join the discussion about brands, troubleshooting, repairs, reviews, accessories, classifieds, and more!
Full Forum Listing
Explore Our Forums
THE JAPANESE WATCH DISCUSSION FORUM SEIKO & CITIZEN TRADING POST OFF-TOPIC WATCHMAKING & TINKERING NON-JAPANESE WATCH DISCUSSION
Popular Communities